As you can see I have been very busy lately. Running one’s own consultancy means a lot of responsibility when it comes to innovation, experimentation and self-improvement.

Alors. I have decided to pursue my life-long dream of becoming an uppy-eared rabbit. The reason is that uppy eared rabbits seem more popular with the ladybuns, which this bachelorbun does not mind one bit.

Plus, it is easier to actually hear the sweet nothings those queuing ladybuns breathe into your ear because frankly, we lop eared lagomorphs are pretty deaf because of what one might describe as a design flaw in ear construction.

So, with this I document what I have tried out in the last two months so that I can recommend the best way of transforming into a fashionable and successful uppy eared loverbun.

Botched by vet, of course, who mistook my request for cosmetic enhancement for an invitation to operate on an abscess which happened to have attached itself to my ear canal. Sure, it was a bit inconvenient, but did my ears stand up afterwards?

Even a bar fight could not fix that one.  Snarf.

Although this was a nice idea, essentially this therapy which has blown over from Russia (that should be a bit of an indication, oui?) amounts to nothing more than lying around in a hay box waiting for the hay to permeate the membranes of the inner ear, thus stiffening cartilage and causing the ears to stand up.

Very pleasant, but after five days of not moving from my hay box my ears were are loppy as before, and I was still rather deaf. 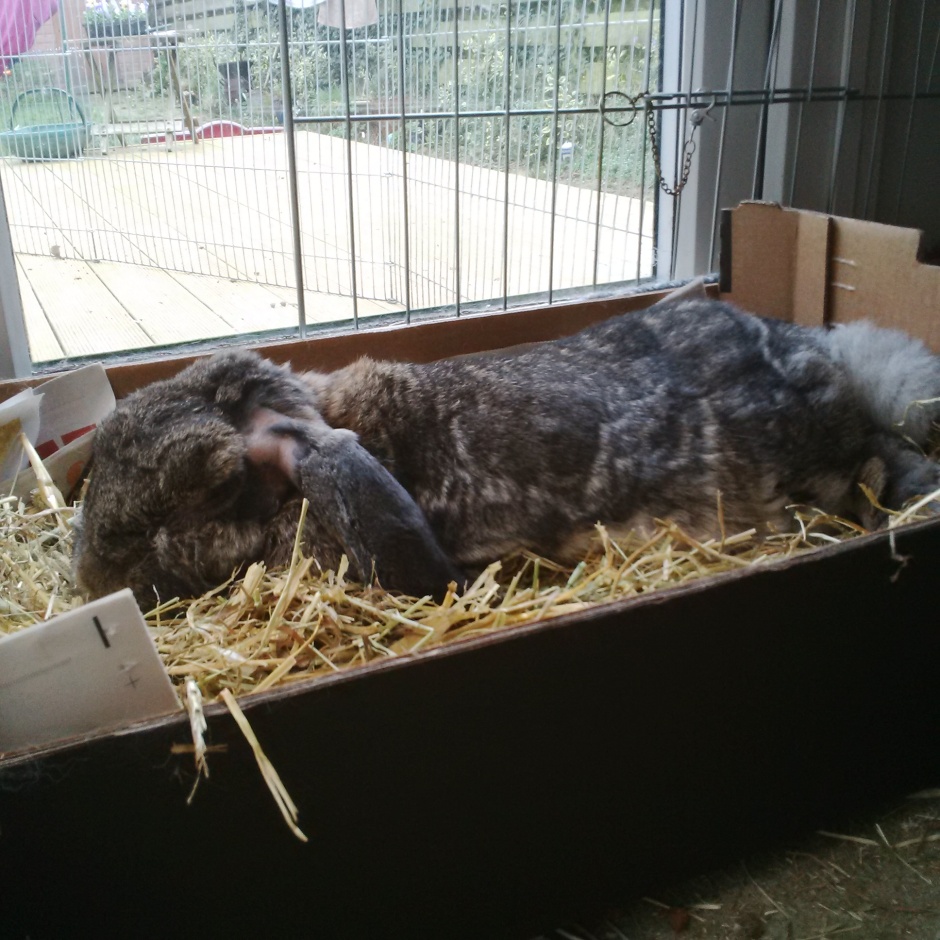 After the disappointment the Russians caused me – again – I turned to the Japanese for a technology-based solution.  I had heard about the car key method on Twitter so I was interested in trying it.

The method has it that the key used to open cars, when used at the right angle and proximity, causes the ears to rise when depressed in a sequence according to the Fibonacci numbers.

Unfortunately, my waitress is too scared of cars and won’t touch the key out of superstition, while my waiter has no brain for mathematics at all.  So that was another #fail, although we did have a nice cry and a cuddle on the sofa together.

Now,  here we have an approach which might actually work: hold your head upside down and gravity does the rest.

J’adore the way I look but unfortunately the world largely stops making sense when considered from this angle.

On the plus side, carrying one’s head like this permanently causes your waitress to fuss over you 24 hours a day, which is very pleasant, and food and other special privileges are in plentiful supply. 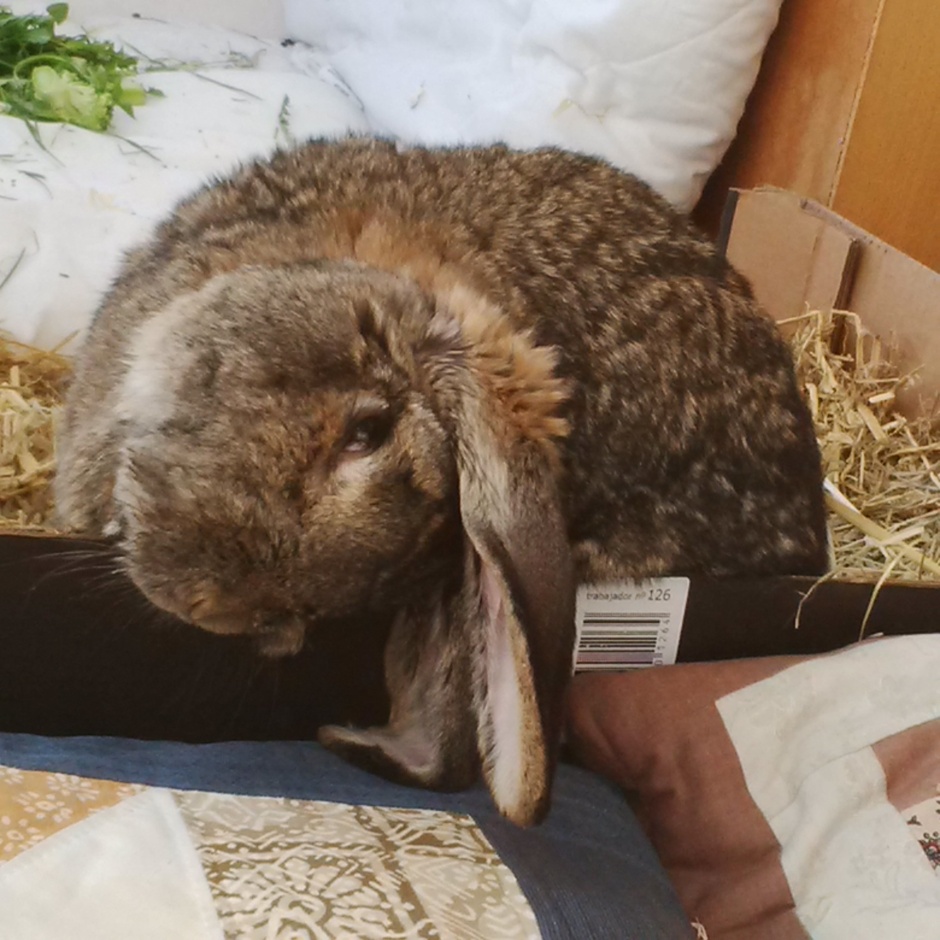 So, on the whole my assessment of the available methods for becoming uppy-eared is that most of them are ineffective, with the exception of the gravity one.

I would add that this one is for the more hardcore lop to pursue as it involves falling about quite a bit, possibly cancelling out the benefits of being uppy-eared in the ladybun stakes.

Don’t say I didn’t warn you.

We are determined not to let the glorious winter sun interfere with naptime. We are winning.
Catching some winter sun. Don't worry about those cables, bun has no incisors... I didn't want to disturb her lovely snooze either.
Hoomin is cleaning out the fireplace just when I had chinned everything in it...