So I have a lot of friends, and a useful proportion of them decided to make some signs, get their flags out and descend on London to march towards the Houses of Parliament to explain my thoughts on Brexit to the world. Aren’t they the cutest? 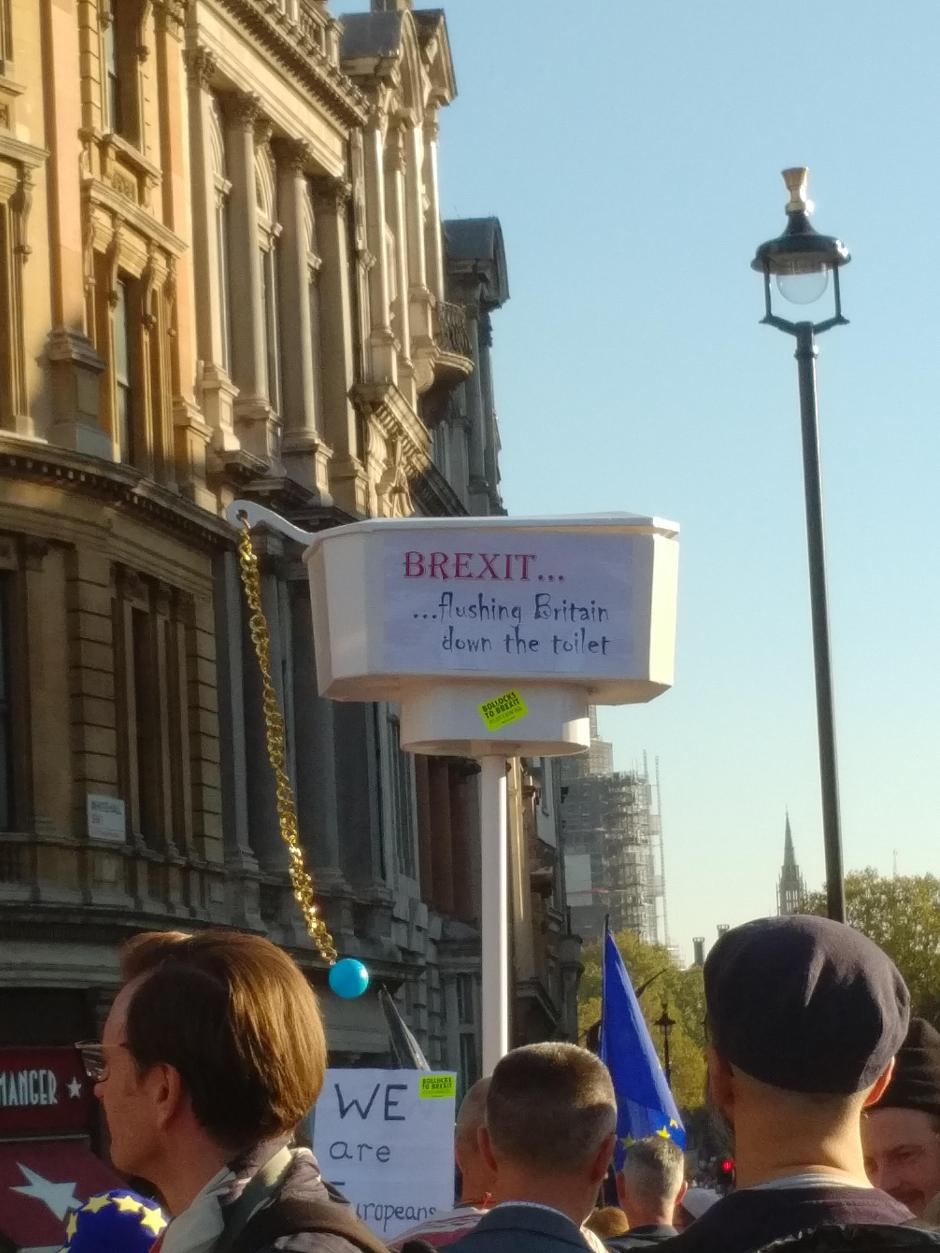 There were a few who quoted hair appointments (totally understand, dahlings) but I still convinced 700,000 of my closest friends and dearest admirers not to miss the Disapproving Event of the Year.

On the morning I felt rather arthritic myself, so I sat my waitress down and gave her detailed instructions for the march. She looked fetching in her Bollocks to Brexit T-shirt and I made her wear her Dutch flag like a cape, because she is superwoman after all. Or a super woman, I forget which.

Anyway – I set her a target to hand out at least 98 Bollocks to Brexit/Bollocks to Trump stickers (I needed one for my treat jar and she was allowed one for her outfit) and chant Bollocks to Brexit at least 500 times while on the march. I also gave her a mandate to do flag waving and fist shaking for additional effect. Sources say she conducted herself admirably. Now there’s a faithful servant if there ever was one!

Why Bollocks to Trump?

Well, if his racism, sexism, bullying, megalomania, lying, tax dodging, xenophobia and paranoia aren’t enough for you, have a read of the evidence about how the 2016 Leave campaign was bankrolled. Here’s a clue: Russians. Then think about what Trump’s own organisation – because let’s be clear: the only reason he’s in the White House at all is to further his own interests – stands to gain from a divided Europe. Another clue: happy Russians.

OK, if that sounds a little paranoid too, do what all the great investigative journalists have done for eons: follow the money. Money never lies. What business interests does Trump have in Russia, and what do they have on him that makes him so compliant?!

I have not done Trump the honour of meeting me but I bet he stinks to high heaven in real life too.

It was a young people’s march, and with good reason. Even the most rabid of Brexiteers understand that their own children will lose the most from Brexit; that’s why they’re making sure no string remains un-pulled to somehow get their offspring a nice EU passport. Yes, Nigel Brexit Barrage’s own children have dual citizenship. Never trust a skinny cook, people.

Here’s to the UK’s young people. May they be wiser in their decisions than the current generation of so-called politicians. Going on how present and eloquently vocal they were, things can only get better.

Did someone say brekkers?!
Brekkerz
Slava Ukraini! The world sees you, hears you, votes for you and cheers for you, Ukraine 🇺🇦 🌻